In the event that there is property that was not divided or awarded to a spouse in a final decree of divorce or annulment, either former spouse may file a suit to divide it. Here are four important points to remember regarding the filing of a suit to divide property after the divorce has been finalized. 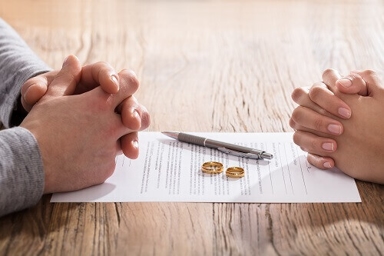 How to Divide Family Property

Dividing property after a divorce has been finalized is in some ways more challenging than dividing it during the divorce. It is becoming more common, when someone gets divorced without using the services of an attorney, that after the divorce property is discovered that should have been divided but wasn’t. There are circumstances where a post-decree division of property is necessary.

As is the case in most family law matters, it is important to have an experienced family law attorney to represent you throughout the case. David Bouschor helps his clients to make sure that all of the property is properly accounted for during the divorce proceedings in order to avoid another lawsuit having to be filed after the divorce is final.

If you need help figuring out how to divide family property, contact the Law Office of David S. Bouschor, II P.C. now!